The United Nations Security Council today reiterated its condemnation of and demand for an end to all external support being provided to armed groups – in particular the group known as the March 23 Movement (M23) – which have been destabilizing the eastern Democratic Republic of the Congo (DRC) over recent months.

The DRC’s eastern provinces of North and South Kivu have witnessed increased fighting over recent months between Government troops and the M23, which is composed of soldiers from the DRC’s national army who mutinied in April.

In addition to the violence leading to an alarming humanitarian situation, marked by rape, murder and pillaging, the fighting has displaced more than 300,000 people, including many who have fled to neighbouring Rwanda and Uganda, as well as within DRC.

Peacekeepers from the UN Organization Stabilization Mission in DRC (MONUSCO) have been aiding the DRC’s Government troops in their efforts to deal with the M23. Earlier this week, six UN peacekeepers and a local interpreter were wounded in an overnight ambush while returning from a patrol with 12 other peacekeepers near Buganza in North Kivu province after finding the bodies of four civilians. 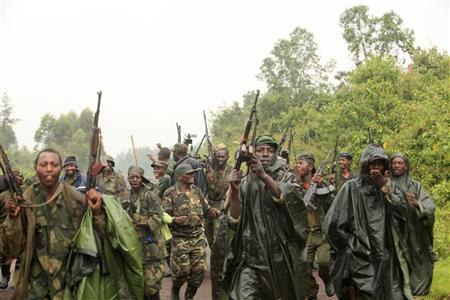