The last time I saw my Mom in person she told me that “the future is always glorious for a Christian.” This week, I read with interest the following from Peter Leithart:

Resurrection does indeed follow the cross and swallows up the sorrow in astonished surprise and joy, but, as David Bentley Hart has argued, the light of the resurrection intensifies the pain of death by destroying the comforting illusions of ancient resignation…resurrection “opens up another, still deeper kind of pain: it requires of faith something even more terrible than submission before the violence of being and acceptance of fate,” thus throwing the believer “out upon the turbid seas of boundless hope and boundless hunger.” …though the resurrection opens up possibilities that could not even be imagined by ancient man, it also promises the fulfillment of those possibilities. If it provokes unimagined hunger, it also gives hope for unimagined satisfaction. Through its moment of cross and death, the story remains ultimately comic, finally and decisively comic, wildly and insanely comic.”

Mom was right, the future is always glorious for the Christian. “Weeping may endure for a night, but joy cometh in the morning.” 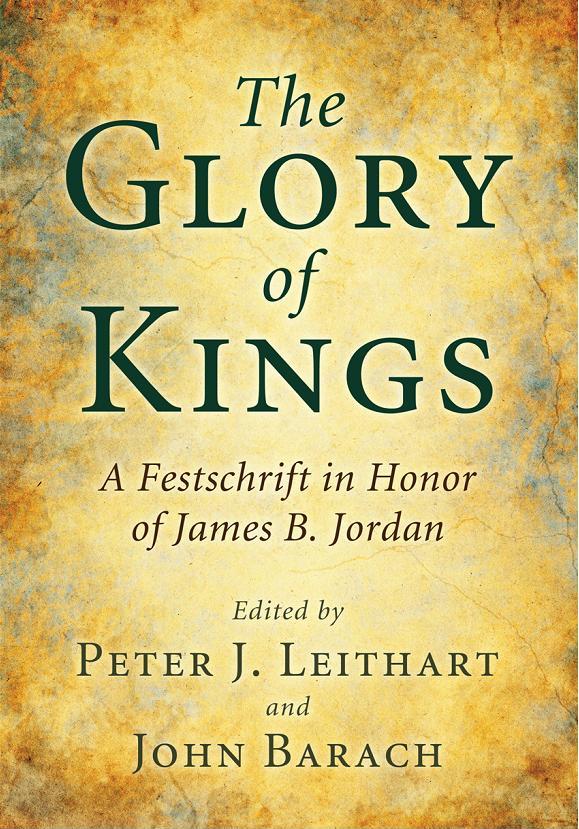 …the exhortation to joy, feasting and productive labor is inferred from the fact that life is vaporous and short. Joy is not a contradiction to the reality of a vaporous world; joy is the “fitting” response to a vaporous world. This is neither Stoic resignation nor Epicurean hedonism. Epicurean “joy” is a desperate whistling past the graveyard, a hedonism haunted by the realization that the world is under no one’s control. Epicurean joy is finally tragic joy. Solomonic joy is a hedonism that arises from the confidence that the world is always under Yaweh’s control. Solomon is saying that the world itself teaches us that it is not under our control, but Solomon adds the implication that the world is under God’s control. Instead of chafing at our finitude and yearning to be as gods, Solomon counsels that we rejoice in our limits and in all the vaporous life that we are given.

Things had begun well in a world of plenty and joy, but the world was bound to degenerate and decline until it sputtered and whimpered to a halt.

In contrast, the Bible is all about a bright future (hence postmillenialism). He says in his book “Deep Comedy”:

Against the classical nostalgia for a golden age lost and unlikely to be revived, the Bible, beginning with the prophets of Israel and continuing into the New Testament, holds out the promise of a future age of glory, peace, justice and abundance. The last state is not worse than the first, and infinitely superior to the painful evils of the ages between the first and last.

John Sailhamer argues that Eve’s first post-Fall words may be taken in a less than favorable way. Traditionally, they are translated:

With the help of the Lord I have brought forth a man.

Which sounds positive. Sailhamer says, “But her words can also be read in a less positive light:

I have created a man equally with the Lord.

The immediate context offers little help to decide between two such diverse readings of the passage. Two considerations, however, suggest that the latter interpretation is more likely. First, throughout the narratives of Genesis, a recurring theme is that of the attempt and failure of human effort in obtaining a blessing that only God can give. God continually promised a person a blessing, and that person pushed it aside in favor of his or her own attempts at the blessing.

I finished reading The Decline and Fall of the British Empire today. It is a depressing tale of racism, slaughter, oppression and misused power over the span of a few centuries. It was also eye-opening in that my grasp of history between the Reformation and WWII outside of America is vague. This book really sets the stage for seeing the origins of a lot of our current world situation, for example, the rise of India. I knew little to nothing of the mayhem that attended the partition of India and Pakistan. Full on ethnic slaughter and pogroms from Muslims, Sikhs and Hindus happened. From the book:

But Muslims and Hindus also perpetrated every outrage summed up in that grotesque modern euphemism, “ethnic cleansing.” They roasted babies on spits, impaled infants on lances, boiled children in cauldrons of oil. They raped, mutilated, abducted and killed women…They subjected men to frenzied cruelties, burning them alive in their houses, stabbing them in the streets, butchering them in hospitals, strangling them in refugee camps, torturing and forcibly converting them in desecrated temples, mosques and gurdwaras (Sikh places of worship). They poisoned their enemies, drenched them in acid, blinded them by throwing chilli powder in their eyes.

On and on it goes. And that is simply the partition of one colony. The use of torture seemed normative from Rhodesia to Kenya and Nigeria. The treatment of Africans is particularly galling and inhuman. That a nation dedicated to high ideals sunk to such a low level when dealing with others is a testament to the reality of evil. In fact, this entire book is yet another reminder of the reality of original sin. Whenever tempted to believe the foolish platitudes of (small l) liberalism about man’s goodness, human decency and the brotherhood of man, you simply need to open up a history book and see how we really are. Lurking right beneath the surface of a peaceful social order is total chaos, hatred and blinding evil. Let’s hope that America pulls back and does not engage in even more foolishness in the next century, resulting in who knows what. But I doubt that we will stop ourselves, as our political class is as unable as the Brits were to pull back, fearing the label of coward.

So after all these years of sermons, books and conferences on loving the local church, Pastor Mahaney and his son in law pastors up and leave their local church because things aren’t going the way they like. Wow! Can you say “congregationalism”? Things are fine until they don’t go my way at which point I go down the road where the pastor is my buddy. What kind of message does this send to Joe Pew Sitter?

This situation reminds me so much of a local church I was part of that collapsed that it isn’t funny. Incidentally, we were moving towards SGM at the time and heavily into the Peacemaker. None of it helped. My pastor fled and a couple weeks later was somewhere else where he was never made accountable. He made sweeping statements about being the chief of sinners and being guilty of all sin (rather than acknowledging specifics) and he is now back in the pulpit having never fixed the issues that caused him to resign. This seems to be the template that Mahaney is fitting into. Discipline becomes impossible, people are forced to choose sides and believe who they like while demonizing the other side. Pastors write over-emotional letters about how they are “forced” to resign due to Biblical violations, and so forth and so on.

Really, if you have been around the church block a few times, none of this is new. It just destroys the integrity of Mahaney et al. Who can listen to him and believe him about his “passion” for the local church after this? And yet, there will always be the gullible, willing to follow no matter what. Absurd.

We found this graduation program from 1991 in a used hymnal.

look, not whether the thoughts are new, but whether they are solid; for what is old is not always true for all that, and what is new is not thereby always false: in all circumstances it is necessary to search whether what is advanced is true or an error.

I am reading The Decline and Fall of the British Empire and I came across this passage on Egypt during British rule:

On 9 March 1919 he [Said Zaghlul] and three associates were arrested for sedition and deported to Malta. This provoked an explosion of wrath. Protests and demonstrations rocked Cairo. Chanting “Free Egypt” and “Death to the English,” students poured through the gates of el-Azhar, the radiant mosque revered as the most ancient seat of learning in the Muslim world. For the first time women engaged in political action, casting off their veils and waving banners as they marched through the streets. Crowds attacked Europeans, burned houses, smashed trains and looted shops…

Hideous instances of murder and mutilation occurred, often carried out by terrorists who were promised paradise in return for martyrdom. When a British police officer was shot in front of the Abdin Palace men and boys danced in his blood, shouting “Allah, Allah,” and women urinated on his corpse.