It has come to my attention that there is a small group of Anglicans meeting in Annapolis with the idea of an AMiA church plant. If you are interested, contact me and I can put you in touch with them. There’s a blog up that should get fleshed out shortly, and it’s here.

I finished Peter Brown’s book today. I was disappointed in it. I wanted a book that clearly traced out exactly how and where the cult of the saints came from but Brown’s book is more about how it transitioned into widespread use and displaced existing attitudes towards the dead. Brown does not give us a detailed history of the origins of the cult, he provides a detailed account of what it looked like in the 3rd and 4th centuries.

Brown’s writing in this book is somewhat hard to follow and gauzy. There is a lot of untranslated Latin and French in it which of course I cannot read. This book fits a niche, but it’s not the niche I had hoped it would fill.

I really don’t need more books, but I bought some anyway. I am way excited about them too. Today I received: 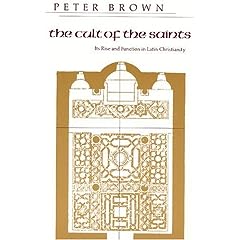 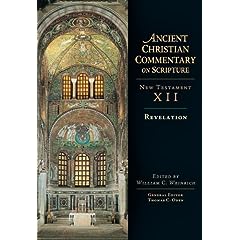 As Americans, we’ve lived with the idea of our own permanence for so long that we can’t imagine a post-American world. I think that the entire 20th century was almost an American eschaton. Our way of life triumphed and seemed forever stable. How could we ever descend into anarchy when Leave it to Beaver re-runs are on every day?

When day to day life involves trips to the grocery store, watching TV and living in ever-expanding suburbs, you don’t see it ending. Perhaps we will have another century of more of this, but it seems to me that the end of our order is in sight. The old agrarian republic is long since dead, the Constitution is a meaningless document and we live in a centralized empire that bears only skin-deep resemblance to the Republic or the Colonies. But what does it look like when an empire really dies?

Charles Norris Cochrane provides some idea in his book “Christianity and Classical Culture.” He writes:

The period following Theodosius may be characterized in general as one of twilight government by twilight men, whose puny and distracted efforts proved utterly inadequate to forfend the approaching doom. That doom was signalized in the destruction of cities, the devastation of the countryside, and the disruption of communications. Already in 396, the first year of Arcadius and Honorius, the situation, as portrayed by a contemporary observer, was little better than hopeless.

“The mind shudders,” declares St. Jerome, “to contemplate the ruin of our time. For the last twenty years, the blood of Romans has drenched the lands between Constantinople and the Julian Alps, where innumerable and ferocious tribes spread devastation and death…The bodies of the free and noble, of matrons and virgins have become the prey of lust. Bishops are imprisoned; churches plundered; horses have been stabled at the altars of Christ; the bones of martyrs flung out of their coffins…Everywhere grief, everywhere lamentation, everywhere the shadow of death!”

Cochrane outlines how buildings fell into ruin due to no money being available to repair them. Taxes and duties became so onerous that people stopped paying them and fled into the barbarian regions. Thieves multiplied, roads became unsafe, and foreigners poured over the borders of the Empire and gave feigned allegiance to Rome while remaining citizens of their tribe. The laws were unenforceable, the armies weak. Centralized authority broke down everywhere and the Medieval Age began.

So where are we at on that kind of timeline? It is of course impossible to know the future. Our military is still in the field, our systems of communication are intact, and our imperial center is still able to enforce the law. We do appear bankrupt on every level, much of our recent architecture and building has been ephemeral rather than durable, so our cities and suburbs will fall into ruins unless continuously updated. We lack any unifying or central purpose of life, we have no clue what we are here for or what we are trying to accomplish. Our institutions are generally filled with people who hate our own history and way of life. We have experienced massive waves of illegal immigration which will forever alter what this nation thinks and how it is governed. We are not yet in total disintegration, but you can now see how it could happen.

I believe we will recover from the present economic turmoil, perhaps quickly. But the bigger picture is one of a balkanized and incoherent nation which is living on the fumes of past glory. I think Christians are being called to a new Benedict moment – a withdrawal to a new monasticism. Not monasticism of the celibate, but of the married – a Protestant monasticism if you will. Families may need to relocate to small communities where we can preserve the heritage of the past and put down roots which will endure in the coming ages. Because on the other side of the Roman collapse came Christendom, led by a Church that spanned nations and tribal boundaries. Our nation may become three nations, or ten, all spanning this continent. The old configuration may collapse of exhaustion and debt. But the Church will endure, God’s Word will stand forever and communities that love the permanent things can shape a future age.

I have an old hotmail account and it stinks. Gmail of course rules the world as it should. Hotmail (or Live Mail as it is now called) doesn’t forward to other non-Microsoft accounts. It is slow. It is ugly. It has garish ads flashing all over the place.

Gmail is quick, simple and the ads are in text when there at all. It forwards anywhere, it is open to the world. Google makes cool things and it makes them available for free. Microsoft guards everything they make and they make it difficult to share. They need to change their culture, not just their software.

I put up with Live Mail because I started with it long ago and I dump junk mail there. Until it gets better, faster, cleaner and more usable, it will wither on the vine.

Please listen to them:

I don’t get xanga or live journal. They have got to be the ugliest blog services available. I think TypePad and WordPress are the best, followed by blogger and then the various Yahoo, Microsoft and other services. Of course I think a blank white page with newspaper-like text is the best possible format, but that’s me.

Maybe xanga and live journal can make some simple changes that will clean up their appearance. Until then, I will be a blog snob.

We all know that people are taking a beating in the stock market. I hear people at work and online talk about their 401k with a certain sense of fatalism, as if they have two options: (a) watch it collapse or (b) stop contributing and withdraw their funds. I’m not at all sure that people realize the flexibility that they have in allocating their own money.

I’m not an expert in the world of finance or retirmement planning, but I watch the market and I usually read a weekly portfolio report from Smith Barney. Based on these inputs and what my hunch is about the market, I move my funds around a lot. Once you have an online account, you can generally move your money around whenever you want to – given that there is some lag based on when you click OK and when the market opens the next day.

For example, I avoided some of the worst bloodletting after the .com implosion, the Enron debacle and the latest recession by simply moving my funds into bond or money market funds and out of equities. There used to be financial ‘experts’ who said that you need to just stay allocated aggressively while young and that it will all pan out in the end – I don’t know if they are still around anymore. The last decade should prove that theory to be rubbish.

You should be able to move your money into and out of money markets or bond fund whenever you want to and then rotate it back into equities when things stabilize. Yes, you may miss some upside when an upswing happens, but you may also miss a lot of carnage in the stock market. Whatever happens, people should know that they can control where their money is. They aren’t completely at the mercy of the fluctuating equities markets.